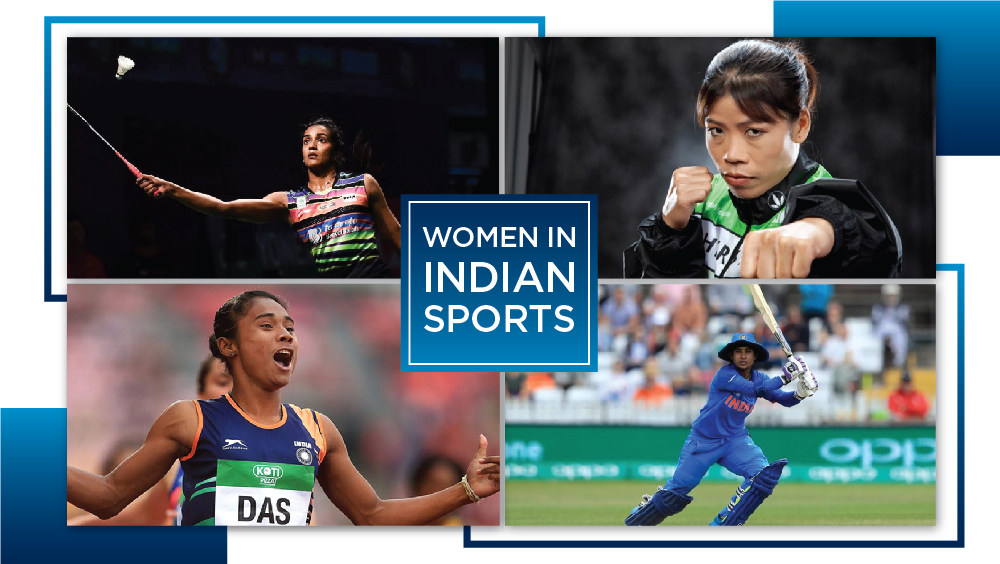 In India, sports and physical activity have historically been considered masculine activities, while girls are usually considered better suited for the kitchen. The examples of women in sport like Mary Kom, the only woman boxer to have won a medal in each one of the first seven World Championships, and PV Sindhu, a badminton champion who was also the first female Indian athlete to win an individual silver medal at the Olympics, are anomalies for a culture that is beset with societal barriers and gender prejudices. There are other icons like Mithali Raj, Hima Das, Harmanpreet Kaur and Vinesh Phogat, to name a few – they have all overcome many challenges to shine bright in their respective sports.

But slowly, things are changing. Increasingly so, girls are being encouraged to play sports. The Indian sports industry is at an inflexion point. The sports sector in India has seen many new, exciting developments in recent years, including the establishment of new leagues in sports like football, kabaddi and hockey, increasing online consumption of sports and the creation of fan clubs. It is important that we create a culture wherein women feel included in sports, not only to challenge patriarchal norms, but also to engage half the population in a rapidly growing sector of the world.

In some ways, this project is already underway. Small outfits across the country, such as the Jude Felix Hockey Academy in Bengaluru and the Saksham Sports Club in Delhi encourage school girls to play even in the face of societal, financial and logistical challenges. The government has recently launched a new initiative, the Khelo India Girls League, aimed at identifying talent right at the grassroots level. The league will begin with football, and this will hopefully help to identify and groom talent ahead of the U-17 women’s football world cup next year.

Efforts like this, by the private sector as well as the government itself, contribute towards building a sustainable and strong sports ecosystem, the benefits of which will diffuse across all segments of the Indian society. Culturally speaking, movies like Dangal and Chak De India also offer a flicker of hope for aspiring sportswomen and depict a society where women can play sports.

Indeed, there are certainly many positives to celebrate. At the 2018 Commonwealth Games, 46% of the athletes were women, and almost 42% of the medals won were by women. At just 19 years old, track and field extraordinaire Hima Das can brag of being the first Indian to bag four gold medals in four days.

We have miles to go before we can reverse decades of gender imbalance, but the future is certainly looking bright for participation by females in Indian sports.