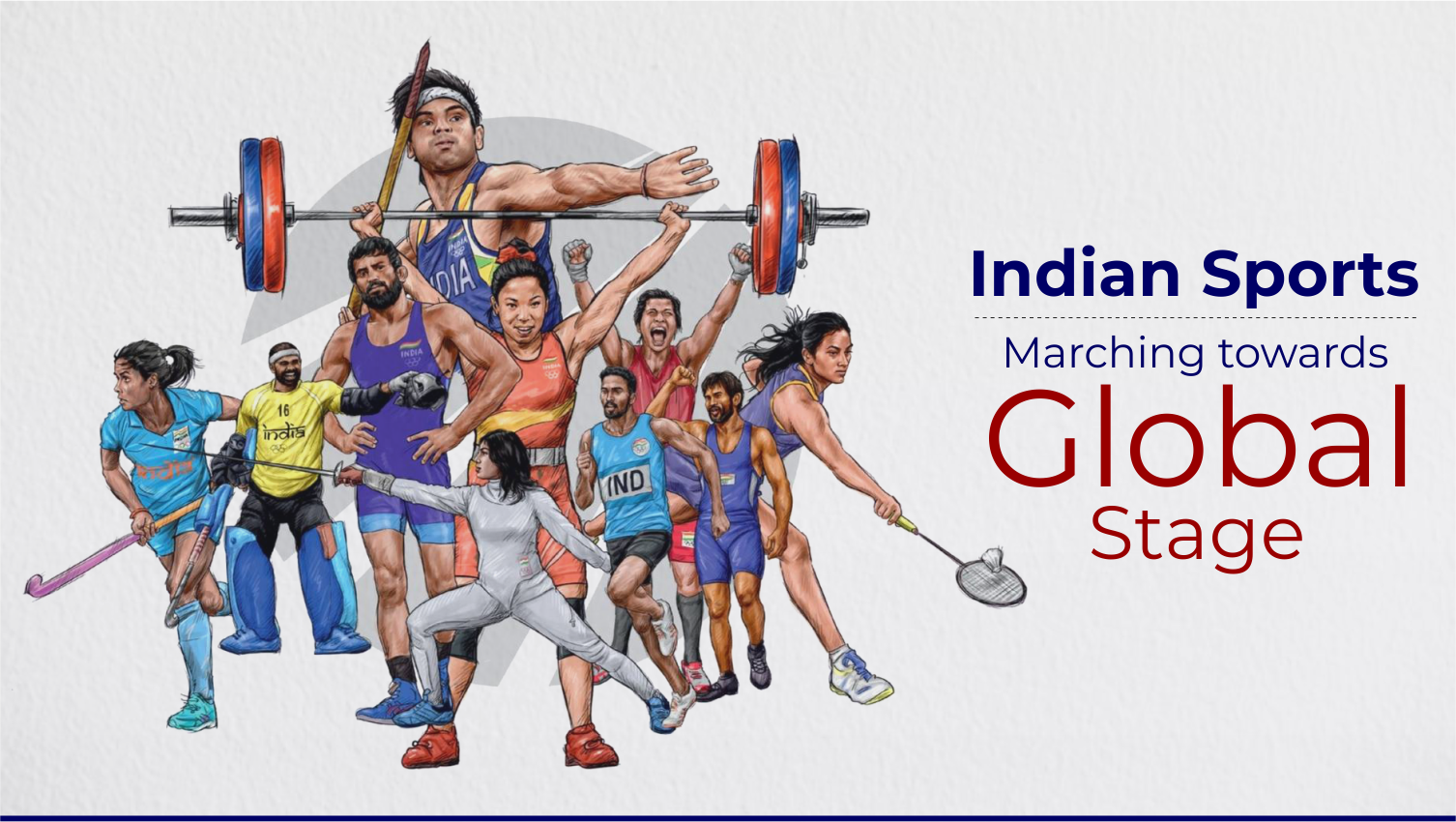 India, being the world’s second-largest population and one of the oldest nations in history; always carries a fevered pitch and avid excitement for sports since the Vedic age. If one goes through the pages of the very same epics that the pillars of culture are so proud of holding up in our country, a rich antiquity with intrinsic ties to sport and games emerges.

It was a momentous occasion for India when the President of the International Olympic Committee (IOC) recently announced that IOC’s next session in 2023 will be held in India. After 4 decades India will be hosting a session of the IOC. After being confined to cricket & hockey for long, India is now making its presence felt in various other team & individual sports too at the global stage. India’s aspiration for sports in the global arena has today risen to a level where it is now confident of bidding for hosting the Olympics Games in future.

Sports not only ensure a healthy lifestyle, but also inculcate the Olympic Values of Excellence, Friendship & Respect. With nearly half of India’s population being under the age of 25 years, it is imperative to get them to participate in sporting activities and develop a healthy lifestyle. As highlighted by Smt. Nita Ambani, IOC member, “India is one of the most crucial and exciting places to nurture and growth the Olympic Movement”.

In spite of having the world’s second largest population, India has fared poorly on the global sports arena since Independence. One of the fundamental reasons for this was that for long sports was never taken seriously by parents as well as educational institutions, and their focus was on getting children to excel at their studies and not waste time and energy on sports. But, over the last decade or more a perceptible change has taken place and there is a significant increase in pursuing sporting activities amongst all sections of the country’s people.

Under the visionary leadership of our Honourable Prime Minister of India, Shri Narendra Modi the approach at looking to the sports has drastically changed.He has given special importance to development of sports across the country and undertaken various initiatives to promote sporting activities from the grass-root level. Khelo India Scheme, Fit India Movement, Sports Talent Search Portal, Target Olympic Podium Scheme, Empowered Steering Committee on Sports, and Sports & Games for Persons with Disabilities Scheme are various initiatives taken by him which have given a major impetus to sports across the country.

In the Asian Games in 2018 held in Indonesia, India recorded its highest every medal tally by winning a total of 70 medals – 16 gold, 24 silver and 30 bronze. Thereafter, at the Tokyo Olympics, India again achieved the distinction of its highest ever tally with 7 medals – 1 gold, 2 silver and 4 bronze. Neeraj Chopra’s gold medal in javelin has come as a big inspiration to the Indian youth. The last time India won a gold medal at the Olympics was way back in 2008 by Abhinav Bindra. Mirabai Chanu, Ravi Kumar Dahiya, PV Sindhu, Lovlina Borgohai and Bajrang Punia were the other individual medal winners along with the Indian men’s hockey team which won a medal at the Olympics after a very long time.

The Union Budget, presented recently by Finance Minister Smt. Nirmala Sitharaman has an increase of over Rs 300 crore in sports allocations from previous year. Lately, The Sports Authority of India (SAI) and the Ministry of Youth Affairs and Sports (MYAS) have appointed 398 coaches at various levels in 21 disciplines. The decision was made keeping in mind the Paris Olympics in 2024 and the Los Angeles Olympics in 2028.

The Khelo India programme of the Government of India has been introduced to revive the sports culture in India at the grass-root level by building a strong framework for all sports played in our country and establish India as a great sporting nation. Apart from the central and state government initiatives, a lot of support for development of various sports is coming from the private sector too.

Built on the very successful IPL model, the Pro Kabbadi League and the Indian Super League (ISL) for football have been two great success stories. Smt. Nita Ambani, Chairperson of Reliance Foundation and the first Indian woman to be elected a member of the International Olympics Committee (IOC), has been focusing on revolutionising school and college sports in India so as to provide a platform to student athletes to build a career in sports. Since inception, Reliance Foundation’s sporting initiatives have reached 2.15 crore youngsters across the country.

India has already emerged as major economic and military power in the world and is now well on its way to becoming a force to reckon with in the global sports arena. Through ‘Khelo India’ we will see the emergence of a ‘Fitter India’.