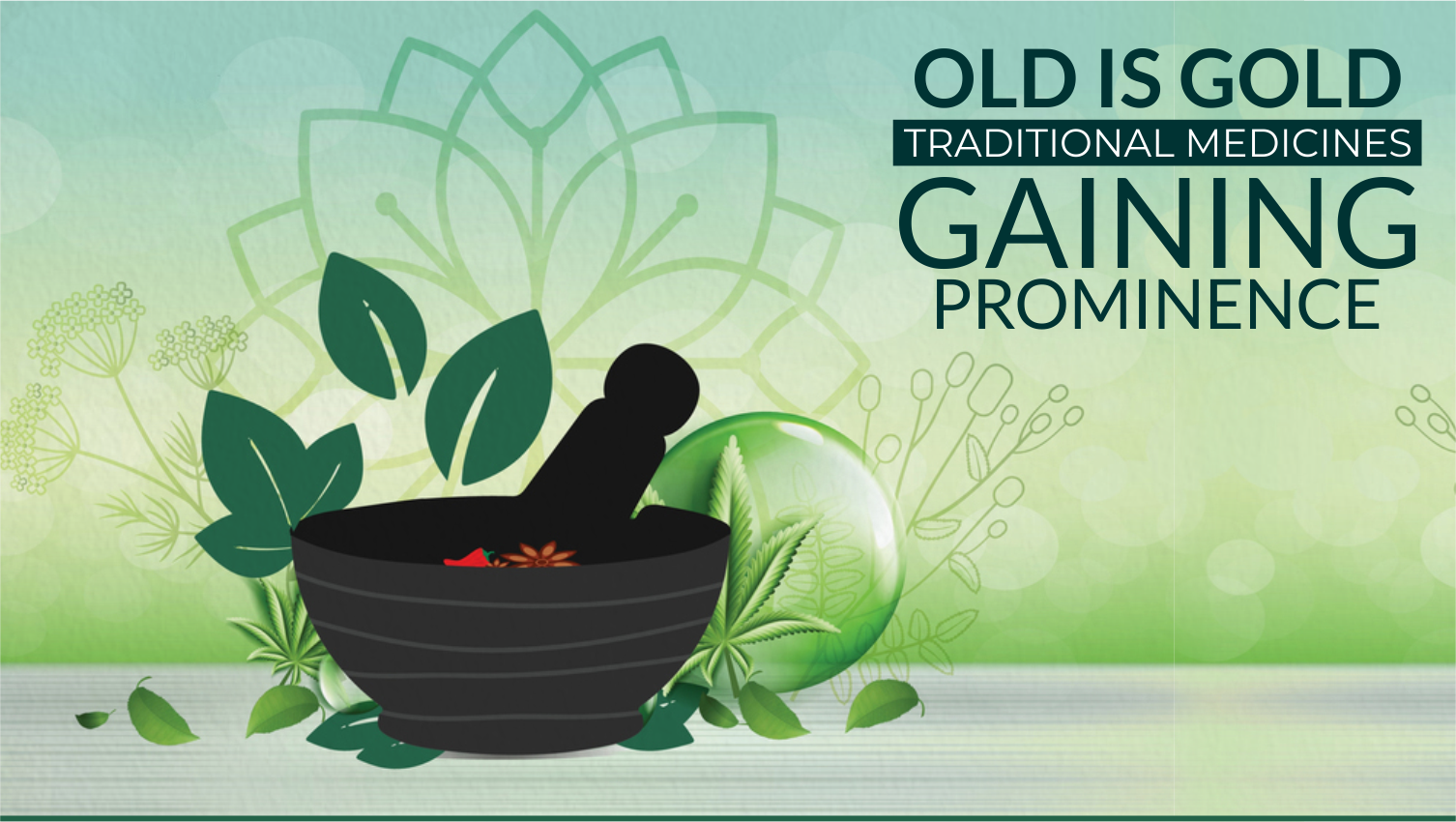 Ayurveda and Yoga have been central to the way of life for the people of Bharatvarsha since thousands of years. From the time the British started ruling India, Ayurveda & Yoga gradually gave way to modern allopathy as the focal medical system prevalent across the country. But since last few decades, Yoga especially and Ayurveda to a lesser extent have started gaining popularity in the Western countries. In India while these traditional healing systems continued to be present since Independence, more so in rural areas, a focused major push has been given to age old traditional systems by the Government of India, under the leadership of our Honourable Prime Minister Shri Narendra Modi since 2014.

A major milestone for worldwide recognition has been achieved with the laying of the foundation stone of the WHO Global Centre for Traditional Medicine (GCTM) in Jamnagar recently by the Prime Minister of India, in the presence of the Prime Minister of Mauritius Mr. Pravind Kumar Jugnauth and Dr. Tedros Ghebreyesus, Director-General, World Health Organization (WHO). It is of significant importance to note that this GCTM will be the first and only global outpost centre for traditional medicine across the world and will emerge as an international hub of global wellness.

It will be a truly global project as 107 WHO member countries to their country specific governmental offices – which means the world will come to India for its leadership in traditional medicine. Even today, in many regions of the world, traditional medicine is still the first line of treatment.

Jamnagar was selected for this historic first ever GCTM as historically it has been a centre for Ayurveda studies and research. Jamnagar is home to India’s first and oldest Ayurveda learning institution, namely the Gujarat Ayurved University. This University was founded before Independence, with the solitary purpose of reorganisation of Ayurveda in India by the king of Jamnagar – Jamsaheb. This institution has a long list of renowned Ayurvedic physicians like Zandu Bhattji, Rasa Vaidya Bavabhai Achalji and Vaidya C.P. Shuklaji, amongst others.

In the 21st century, unhealthy lifestyle, pollution and environmental toxins have greatly increased the risk of illnesses and diseases. In spite of incredible advances in modern science, technology and allopathic medicine at large, we are unable to provide quality as well as holistic healthcare to all.

In 2013, WHO developed and launched ‘WHO Traditional Medicine Strategy 2014–2023’ considering that traditional medicine is an important and often underestimated part of health services. TM has a long history of use in health maintenance and in disease prevention and treatment, particularly for chronic diseases. WHO TM Strategy has two major goals: harnessing the potential contribution of TM to health, wellness and people-centred health care; promoting the safe and effective use of TM by regulating, researching and integrating TM products, practitioners and practice into health systems, where appropriate.

Hence a global renaissance has begun. Ayurveda, Yoga and other traditional medicines should aim for their rightful place along with modern medicine as mainstream medicinal systems.