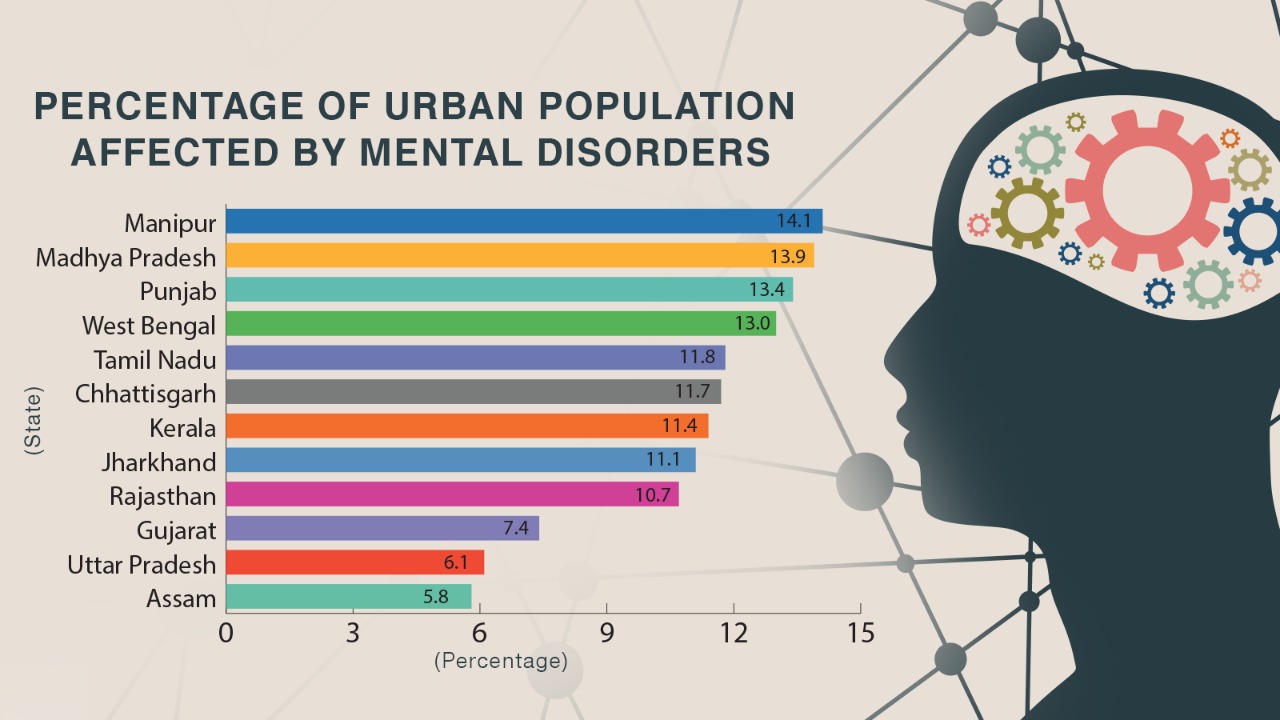 Increased urbanization, riding on the backs of industrialization and rapid economic development, will see Indian cities swell in population by 12% in 2020. Indian cities are home to more than 44 crores people with varied lifestyles. Yet similarities remain between them-in the nuclear structure of families, proximity to industrial zones, the extra hour spent working, poor civic amenities scarcity of spaces. These though indicating veil of affluence and modernism, the breakdown of family structures and decreasing quality of health has paved the way to a new problem, the safety of mental health.

With a boost in urbanization, there has also been a rise in issues related to mental health. According to estimates, more than 6-7% of Indian population lives with minor to major mental health concerns ranging from depression, anxiety to bipolar and others. The reports have added that nearly 11% of people over 18 are suffering from a mental disorder necessitating “active interventions”. Not only the individuals that move to a new city but also the members of their families and communities that they leave behind are mentally affected. By taking this into consideration, urbanization can be viewed as affecting the mental health of individuals in both urban and rural settings.

In the current scenario, various formal measures have been taken to tackle mental health issues in urban India. There do exist places where one can seek intervention or treatment but these places tend to be fewer in nature. There is also the societal stigma attached to seeking mental help. Further, many people are not sure if they should be approaching a psychiatrist or a psychologist due to lack of awareness regarding their approach to psychological disorders. Many organizations, especially NGOs have been striving to help create awareness about different mental health disorders also promote ways of living a healthier life.

It is laudable that government agencies, NGOs, and other private organizations are taking initiatives for promoting research activities and further the implementation of policies based on research findings in the area of urban mental health. It is only the first step of what appears to be a long and difficult journey towards the goal of achieving a positive mental health for our urbanities.