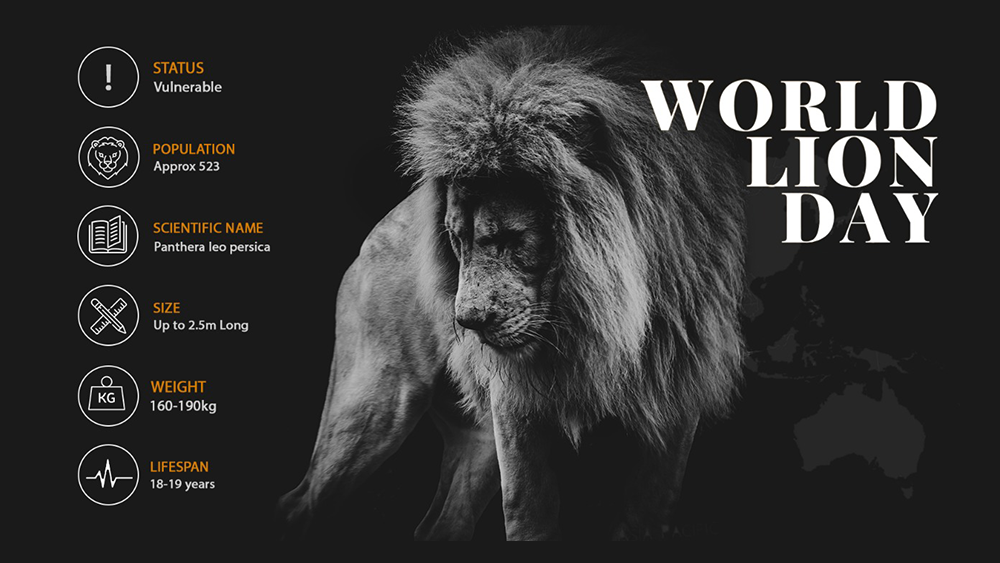 “Everything you see exists together in a delicate balance. As king, you need to understand that balance and respect all the creatures, from the crawling ant to the leaping antelope”
– Mufasa (from Lion King movie)

I wish I could describe how I have loved Mufasa and what all I have learned from these powerful cats in real!

It is World Lion Day today and while the world is celebrating this majestic wild cat through various awareness programs, my mind is pondering on the deep message that was conveyed by Mufasa in the movie ‘Lion King’. Homo sapiens, as the dominant species in the world, have been responsible for the destruction of Nature and making many species extinct. We, human beings, have failed to keep Nature’s balance and respect all creatures.

I wish to dedicate this blog to our cat family, here at home in India, the last of the world’s Asiatic Lions residing in Gir, Gujarat. Much of the attention has been given to the African lion always, but its high time that we also talk about the risks that Asiatic Lions face and appreciate the efforts that people are making to protect them.

Asiatic Lion, (Panthera leo persica), is one of the seven sub-species of lions in the world and they are natives of Gir National Park in Gujarat. Asiatic Lions differ from the African lions in size, (they are a little smaller). The male manes are less full than those of their African counterparts, and thus, their ears are more prominent. Males tend to not live with the females of the pride unless they are mating or have a large kill.

There is a sad news though. With an estimated 700 of them surviving as we speak, Asiatic Lions are listed as Endangered (very high risk of extinction in the wild) by the International Union for Conservation of Nature (IUCN). Their very small population resides in danger of diseases or natural disasters & man-made destruction – all of these can reduce their population to zero. In Gir, the last two years recorded a death toll of around 220 lions.

The balance is shaking and worldwide agencies including Indian government and Indian Wildlife Law enforcement is involved in conservation programs for Asiatic Lions. From organizing trainings for Gir forest rangers in tracking lions, monitoring pride population, and identifying threats, to rehabilitating injured lions with a view to releasing them back to the wild, the commitment of keeping this royal animal alive is something that comes from the heart.

What can help a bit more are educational efforts for local human inhabitants to help them learn to live with the Asiatic lions in their space. After all it is important to respect the balance!