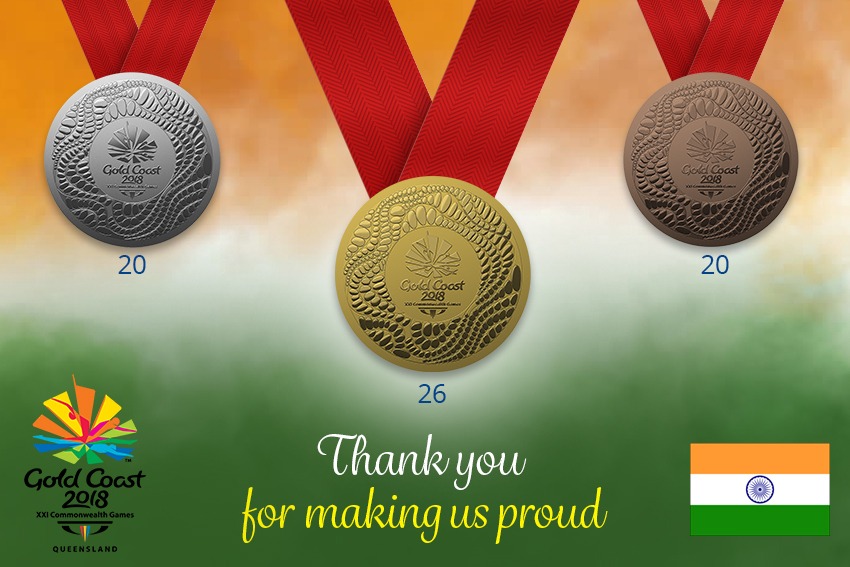 India has travelled a long way from the country that British left in 1947. Since then, it has evolved into a stimulating and dynamic democracy and made some expeditious strides in several disciplines. From prehistoric time to today’s gen-x era of development, India has been a prominent participant in major international sporting events held annually and Indian athletes have always been a source of glory for the Indian masses.

In the recent years, there has been a phenomenal growth that has been observed in Indian sports with the staging of mega-events such as Commonwealth Games, Cricket World Cup and Hockey World Cup. Recent achievements of Indian players like Virat Kohli, Sushil Kumar, Saina Nehwal and Sania Mirza has already established the country on the global sports map and have earned the respect and due recognition they deserve in the world arena.

Indian athletes from various sports received a great platform to showcase their underrated potentials at a global level in Commonwealth Games 2018 held in Gold Coast, Australia. It gave a chance to the ace talents of India who have performed exceptionally well at national level competitions to compete with more than 4,400 athletes from 71 different countries to achieve something they have always dreamt of.

It was an enthralling journey for the rampant Indian paddlers who created history as we took home an astonishing 66 medals, 26 gold, 20 silvers and 20 bronze. A total of 66 medals clinched by India this year even made it the third highest numbers of medals won by India in the history of Commonwealth Games. Some of the great achievers in the Commonwealth Games 2018 from India were Saina Nehwal (Badminton), Mary Kom (Boxing), Neeraj Chopra (Javelin), Manu Bhaker (Shooting), Shreyasi Singh (Shooting), Rahul Aware (Wrestling), Tejaswini Sawant (Shooting), Jitu Rai (Air Pistol) etc. who bagged the top podium finish with their emphatic wins.

I look ahead to the government administration and sporting associations to play a more active role in creating possibilities by upgrading the prevailing situation of the budding talents with improved infrastructure, better asset management, apparent organizational framework and with services such as proper coaching and fiscal incentives to make the dream of bagging many more prestigious honors and achievements representing our country at various levels a reality.

We have enormous human diversity and many more hidden talents in our billions of population, and it is our responsibility to encourage their potentials and help them achieve success on international platforms. At the beginning of this year, a National Sports Ethics Commission Bill was also introduced in the Indian Parliament in an attempt to improve the overall nobility of Indian sporting culture. Our country needs to invest with a long-term vision, not expecting finest results at one single push.