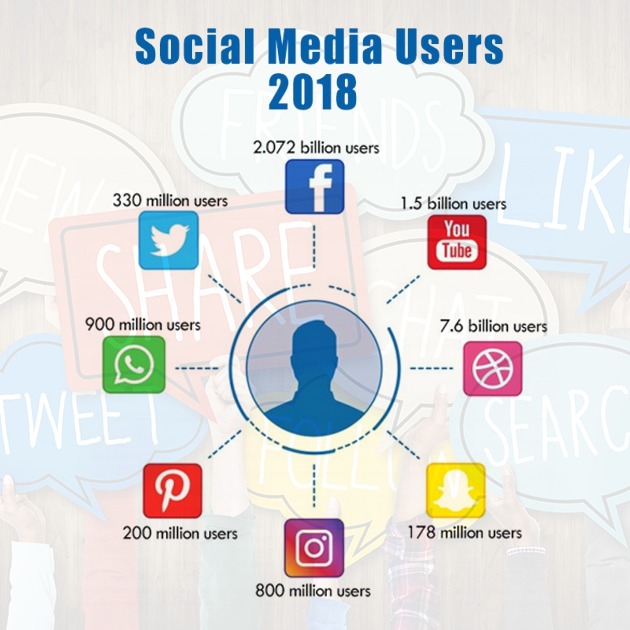 Social Media, a familiar term for all of us which includes the use of website applications that turn communication into an interactive dialogue by allowing people to share content quickly. It is evident in our lifestyles that the ability to share photos, videos, opinions, events, etc. in real time has transformed the way we live and act.

The penetration on social media is ever increasing as the number of people using social media platforms in each country has increased by almost 1 million new users each day in the past 12 months. Today, estimates show that there are more than 4 billion people around the world who are using the Internet. Social media usage continues to surge as well with over 3 billion people having their presence on different social media. Our world is witnessing a revolution where platforms like Facebook, Twitter, Instagram, WhatsApp, Skype etc., are used widely and extensively for the purpose of communication. With over 270 million users, India has the world’s largest number of the Facebook user base, overtaking the US by 30 million subscribers. These online tools have transformed, not only communication but the character of our social lives, both on an interpersonal and a community level.

Over the last 20 years, the nature of communication has witnessed a substantial change and is still in the process of continuous advancement. Through social media, the communication process has become shorter and more frequent. Instant messaging in form of text, images, graphics, audios, and videos have transformed the process and style of interaction in people. Various types of social media available for our use are Social Networking sites, Blogs, Content generating and sharing sites and user appraisal sites. 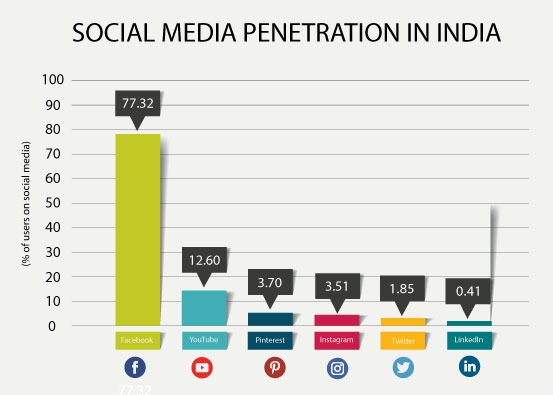 As India is poised to have one of the largest pool of young people in the world, we can’t make an argument on the fact that the social media usage is also driven majorly by the young segment of our society. Today, from a 10-year-old kid to a 70-year-old man, people of all age groups are highly inclined towards social media usage which has resulted in a rapid surge in the number of active people over the platforms. The major advantage of the use of social media is bringing people living far off closer to one another in through a creation of virtual space.

The Internet has transformed every aspect of human’s life, the communication power is on the rise with the more number of people using the Internet. Politics and governance haven’t been left behind from the significant effects of social media. Both the Internet and social media have helped the social movements and social activism gain a lot of attention and momentum laying paths for an open, consultative and inclusive form of the governance model. There have been various cases where people have witnessed a policy-related decision making because of a social movement. The governments and ministers at central and state level are leveraging on the potentials of social media with the aim to garner the highest reach and influence the maximum number of people through the creation of effective social media communication strategies.

With many advantages and disadvantages in its course, one of the most important advantages is the online sharing of knowledge and information among the different groups of people. There is also a flip side to the use of social media tools, such tools are misused by people which leads to interference in one’s privacy. We need to develop a vision of how we want to take the future of the digital world ahead in the next five, 10 or 20 years’ time. The government will be required to have a pathway towards segmenting the ways in which the power of social media can be utilized as a key to India’s holistic development.