Money not got back is the root of all problem. 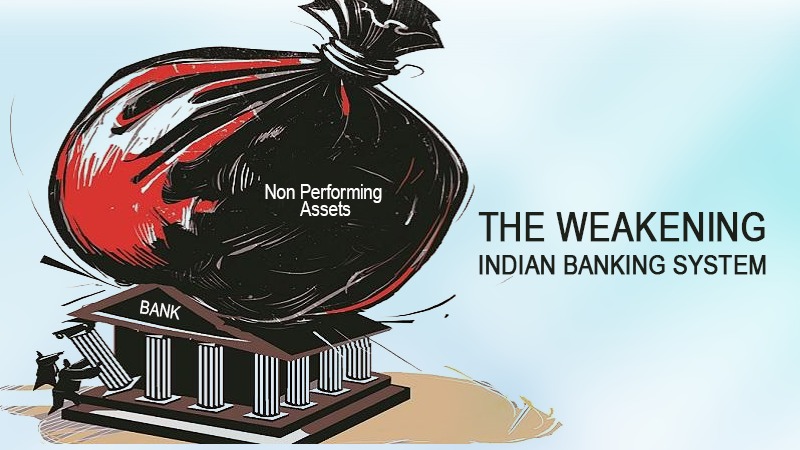 India ranks 1st among cricketing nations in Test matches – I am certain you already know this and the many interesting facts surrounding each player. But if one is ever to glean over financial records of our banking system with the same interest with which they read cricket stats, they would grow very dismal.

India is ranked 5th on the list of countries with the highest NPA levels. Since 2013, the gross non-performing assets accumulated by our banking sector had been growing at a rate of 25 percent per year. This while half of Kohli’s batting average, does paint a frightening image. The past 6 years have seen NPAs climbing to about 9.61 lakh crores of which 1.54 had come in just the last financial year, rising now at a fatal 1.4% in the last six months. This was despite the government bailing the banks out with an influx of 2.11 lakh crore in October 2017.

India is reeling under this stress and the cracks have started to show.

Though some of it could be justified as caused by the general slowdown of the entire economy and attritions from global and national financial crisis, most had come at the backs of erroneous practices, a lapse in diligence, and on the account of diversification of funds to unrelated businesses or frauds.

One could say nature played a part too – floods, droughts, and disease outbreaks, and other disasters were a recurring problem and eroded at what reserves we had. One must remember however, that these problems, the fact that they hit us year after year and without fail, could be pinned back to a larger issue at hand – on the lack of proper infrastructure, which is a result of agencies not being able to accommodate enough funds for proper infrastructure and other development projects.

Even more intractable than nature may seem the many willful defaulters. It had left the banks in a state of bad health forcing them to hike their interest rates and investors not being able to get their rightful terms. Unemployment is but one adverse effect of this abnormality as domestic companies go out of business.

Not only does this impede our national economic growth, but also puts the many dreams and aspirations of the common man at peril. Strict measures must, therefore, be enforced to ensure that we curtail this staggering NPA and bring our banking systems in order.