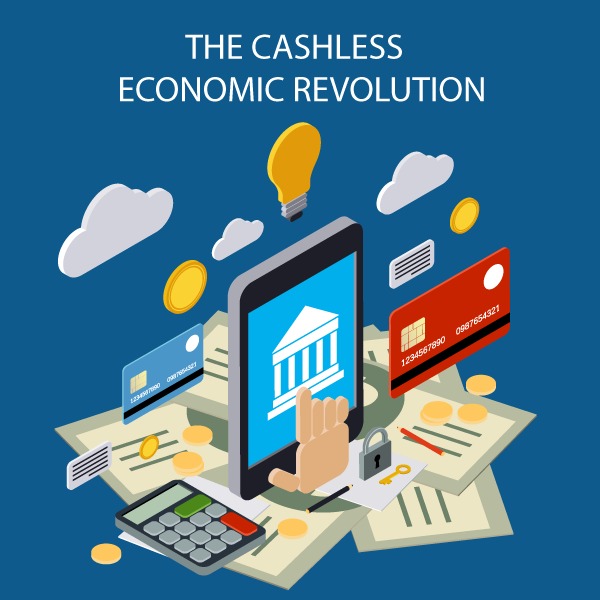 The simplest explanation for a cashless economy would be – an economic system supported by a virtual form of real money. A system that doesn’t need the traditional ‘Bank Notes & Coins’. A system that enables lightning-fast transactions regardless of the distance or amount.

Indian economy, fifth largest on the planet, has a very peculiar composition. Pertaining to the size of its population, the country is yet to spearhead its financial inclusion campaigns. Indian markets, on the other hand, are quite diverse in their trends & spending. People like good things & they want them quick. This has led to a significant rise in e-commerce & Fin-Tech ventures in the past few years.

In 2016 when demonetization took place, a majority of the public resorted to online payment applications to take care of their daily needs. What came as a necessity, soon became a preference. Since then Indian government has taken more than a few financial steps to promote a “Cashless India”. The aim was on two fronts – To promote easily accessible financial services & to make transactions safer & much more transparent.

Now a cashless economy, with it, brings a basket full of treats. People have increased their spending, there is a wider scope for financial inclusion, net banking & other payment transfer mediums have become a tool of ease for MSEs (Micro & Small Enterprises) & traders. There has also been a significant rise in tax collections & public’s access to a wider range of products & services. The fact that a phone in your pocket eliminates the need for carrying your wallets & cheque books around, is the financial flexibility a cashless system promotes.

Though there are concerns as to how people in the rural areas will be educated to understand the functioning of a cashless economy. There are also worries about online financial systems being prone to cyber-crime & malpractices. These are a few hurdles the government & public will have to overcome together for the successful implementation of a cashless system.

In conclusion, I would say, a cashless economy would be fundamental for transformation in the way India trades. Transparency in transactions would reduce the dissemination of black money & impact of parallel economies. The most important point would be that it would make India smarter & efficient. People would daily engage with technologies & learn the use of various systems. It’s the economic evolution.