Elections in the Age of Social Media 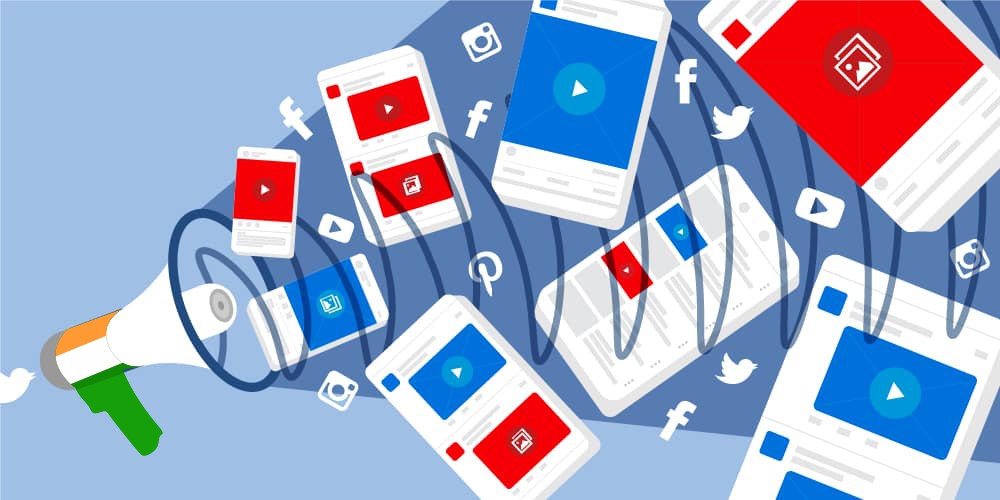 Elections are no longer just fought on the streets or constituencies. They have transcended from the physical world to the virtual world. So have the complexities and the conflicts related to elections.

Authorities who have the task of ensuring free and fair elections now have to face a new kind of challenge in the digital world. In the US elections of 2016, the world saw how poll results could be influenced by smartly using data of voters. Donald Trump, the tech-savvy entrepreneur and business tycoon used data analytics to sway votes in his favour. There are other such examples globally as well.

In India, 2014 parliamentary elections saw such use of data and social media, mostly by the Bharatiya Janata Party (BJP). The party used digital & social media platforms to successfully build a strong support base for their PM candidate, especially amongst the youth.

This time around more political parties are trying to replicate that model used successfully by BJP in 2014. With 600 million plus Internet users and almost half of them using some form of social media, elections in 2019 are going to be fought big time in the ‘virtual’ world of Internet and social media.

With reports of large-scale fake news industry active in the country, and data analytics companies working closely with political parties to use fake and false narratives to target and sway voters, the Election Commission of India (ECI) is fighting a new kind of election campaigning weapon. Knowing well how big this virtual menace is, the ECI has come out with certain guidelines on social media use and spending by every contestant.

The guidelines require candidates contesting elections to provide details of their social media accounts along with the affidavits they file with the ECI. The candidates and parties have been asked to submit expense statements detailing their expenditure on election campaign through advertisement on social media. The report should have details of payments made to Internet companies and websites carrying advertisements and campaign content, and wages paid to the social media team.

Keeping track of the Internet and various social media platforms like FB, Twitter, Instagram, etc. is no mean feat. With 300 million plus social media users alone in India and the increasing use of bots, it is not an easy task to check the misuse of social media platforms. According to 2018 Bad Bot Report, 42% of the global internet traffic in 2017 was accounted by bots alone, and their use has been growing at the rate of 10% every year. While social media behaviour of contestants can be checked and controlled, what about the proxies like hired agencies, bots managing firms, which they can use to reach out to voters or drive home their message through good or evil means.

How can the ECI track social media platforms like WhatsApp, which is end-to-end encrypted? There are thousands of ‘independent’ news portals or blog sites which are driving one or other political narrative. Clearly, the task at hand for the Election Commission is enormous. But, it is a welcome development that the authorities have woken up to the menace of fake news and bigotry peddled by political establishments to ‘influence’ voters and are taking various measures to track the virtual space and regulate the players therein.