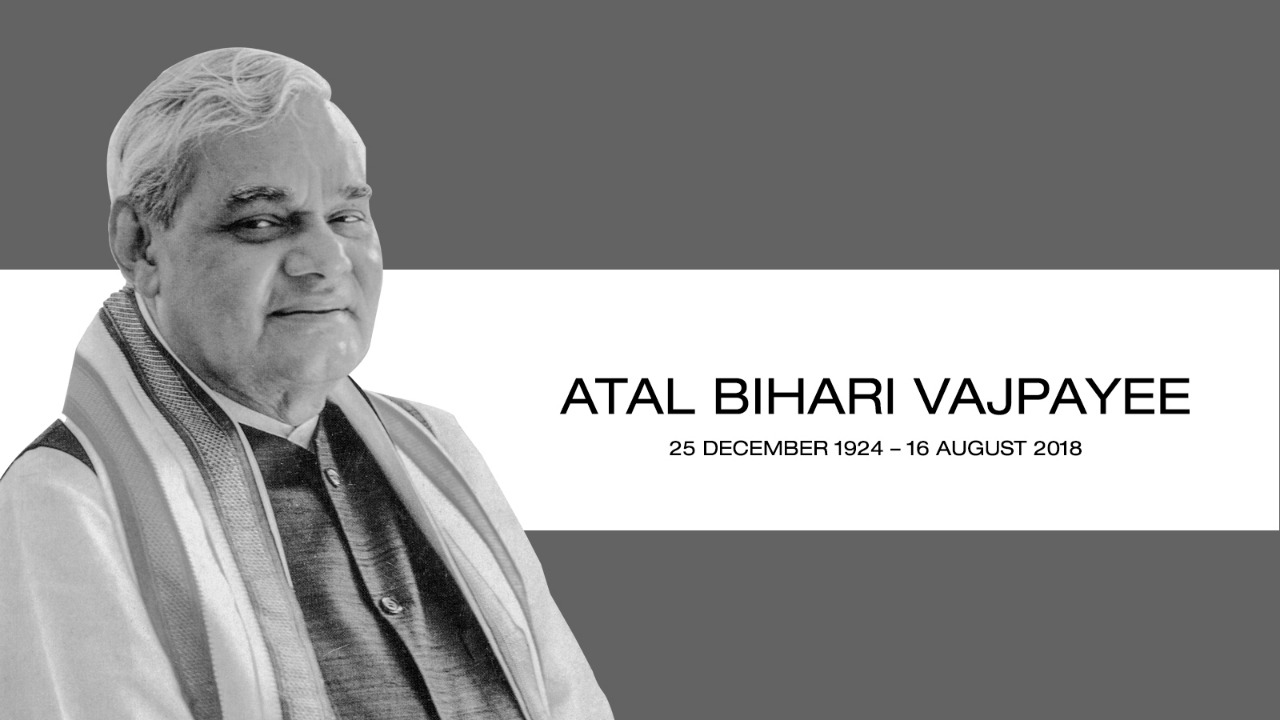 It is ironical that the only words that come to my mind at this moment of deep loss are the ones written by the late Shri Atal Bihari Vajpayee himself.

Since last evening, when the news of the former Prime Minister’s deteriorating health spread like fire, I realized that it is not just the pain of losing a venerated statesman but of an alternate political ideology coming to an end that united all and sundry in this moment of grief.

Firmly defined as the politician of all seasons, well-Known for his oratorical skills, charisma, wit, and strength, Shri Atal Bihari Vajpayee’s persona held within itself way beyond what can be penned down in few words.

Although the political career of the then three-times Prime Minister started with the Quit India Movement (1942-45), his patriotism got him behind bars in his teenage years itself. It was after he dropped out of law school and joined Rashtriya Swamyamsevak Sangh (RSS) magazine, in the early 1950s, that the roots of an inspiring journey started to find their grip in politics.

It would be nothing but a reiteration to mention the milestones in the late veteran’s electoral career. When Shri Vajpayee became the Prime Minister for the first time in 1996, the country was at a cusp of young aspirations and carried forward fundamental functionalities. Recognizing country’s progress at the threshold of the 21st century, Shri Vajpayee struck a balance between legacies and leaps like no one else. Whether the exemplary infrastructural development or the transformation of economic framework across sectors of governance, everything from his tenure in office speaks volumes of a solutions-based approach.

Known for being both, the tough and the tender, Shri Vajpayee’s strategic vision contributed phenomenally to the national security and foreign relations. On the one hand, where he enhanced national honor through Pokhran-II tests, he also, on the other hand, reached out to Pakistan with a genuine desire for peace. His policies not only tried to bridge old ties but also to create new ones across social and religious groups and economic strata within the country.

In his last year in office (2004), the fiscal indicators revealed a story of 8% growth. While his successors took the administrative legacy ahead, it would not be wrong to say that Shri Vajpayee set the stones for an India which was ready to be a global power.

What inspires me most about the Bharat Ratna Shri Atal Bihari Vajpayee is the equilibrium he achieved in his personal predilections and the commitment towards the career that he chose. A poet at heart, Shri Vajpayee’s thoughts always found expressions which impacted and inspired both masses and classes.

Shri Vajpayee’s value-oriented governance was a rarity that India leveraged on. It’s with a lot of pain that the country bids adieu to the master of pauses. Atal Ji, you will always be remembered.