AGRICULTURE: THE BACKBONE OF INDIA 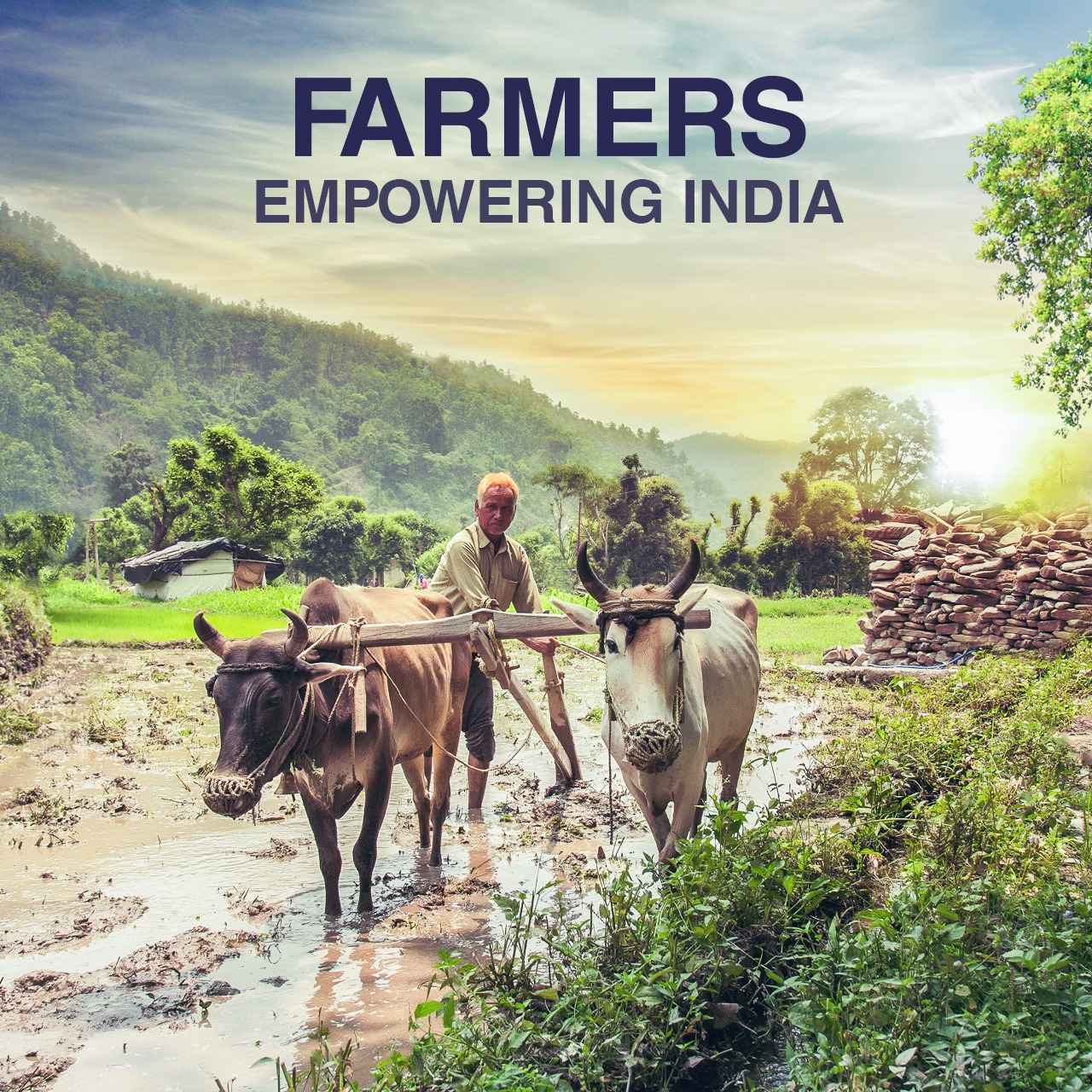 Farming is an age-old profession in India and millions are highly dependent on it for their survival. India accounts for more than 60% of the population which relies upon the income earned from agricultural activities and has the 2nd largest agricultural output in the world. Since India’s independence, the agriculture sector has contributed more than 51. 9 percent to India’s GDP. The Rural economic transformation in our country has been a reality with the increased modernization and market expansion. But still today, farmers are always unsure of the yield they’ll reap. Considering this, there have been various plans and policies framed by the govt. for the betterment of this sector. Looking up at any recent research or facts about farming in India, we can easily witness the contracting progress in people’s lifestyle indulged into this profession. Studying the prevailing dependency and sentiment of people in farming, we can easily end up realizing that problems are not properly realized and solutions offered are missing the targets. Without the proper intervention of government and responsible authorities, things are not going to trickle up positively for the agrarian population.

In the medium term, agriculture is a big challenge. There are weak monsoon and unpredictable weather conditions which adversely affect the income of farmers. But, even with better monsoons and adequate weather conditions, we have seen the income of farmers gradually coming down. Regardless of what the effects of monsoons or agricultural output does, farmer’s income seems to be under stress. There is an urgent need to understand this issue and find better ways to raise the income level of the farmers. The prevailing issue of deteriorating farmer’s situation cannot be dealt only with the process of rural transformation. With the government aiming to double the farmer’s income by 2022, they need a determined run by the authorities at the ground level.

The problems in the prevailing irrigation infrastructure include the poor condition of rural roads which hamper the timely transfer and supply of inputs and outputs from the Indian farms. The lack of modern mechanism and cold storage, regional floods, inefficient farming practices, poor seed quality, which causes over 40% of farmer’s produce going to waste. These are the major reasons because of which a farmer receive just 15% – 20% of the money which is being paid by the Indian consumer for the produce.

Considering all these serious issues, the government has been making efforts to enhance the prevailing situation through Market research and Information network, grading and standardization, developing agricultural infrastructure and constructing rural godowns. The government has also announced a 1.5 times higher MSP (Minimum Support Price) for 24 crops to giver better and improved incomes to the Indian farmers. A majority of Indian population surviving through farming often faces a backlash when it comes to the on-ground implementation of the roadmap for their welfare. The elevation of this issue has been a major reason behind the recent shift of young population from farming to jobs in the urban areas. We have witnessed a rise in the concern of the Indian government on this issue who is aiming for the holistic growth of farmers in the country. A commitment to eventually satisfy the aspirations and demands of farmers is being deliberately targeted through adequate planning which includes the use of digital platforms for transferring incomes, increasing the minimum support price, improving the awareness and education among farmers and providing satisfactory market exposure to them around the nation.

Farmers in India do countless hours of work to ensure that not only we but millions around the world, don’t go to sleep hungry every day. The people who grow food for us are also the most undervalued in our country which should be a matter of concern for all of us. The Indian farmers do not have direct access to the government’s procurement because of the corruption which has led the middlemen’s to form a systematic approach and chain to directly abuse the farmers.

We have witnessed an unprecedented rise in the number of farmer’s suicide in our country which has reached to more than 6000 per year. The ongoing scenario is not justifying the aim of the government to harness the potentials of the agriculture sector. A committed approach with a focused vision needs to be adopted for the holistic growth of the agrarian population in India.