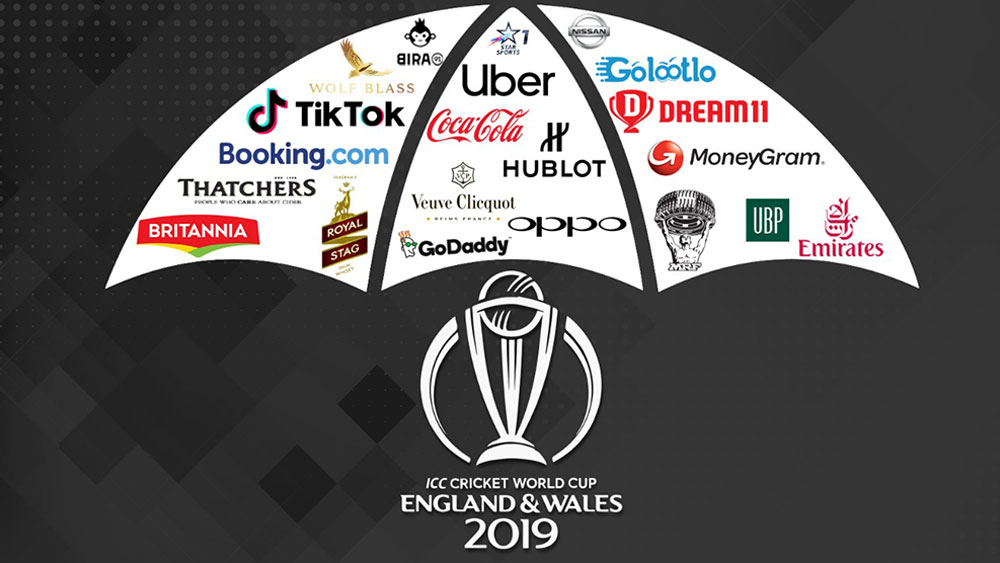 The showpiece tournament of cricket is on and the passion is ubiquitous. From it returning to England for the fifth time to everyone swaying on the tunes of the first-ever World Cup Anthem by the newly added sponsors, Uber, it would not be wrong to say that cricket is in the air.

There is no doubt that the love for the game tops the charts as a reason behind this craze, but what also makes ICC World Cup, the most awaited cricketing tournament is a carpet bombing of big businesses involved in every imaginable sphere. From automobile manufacturers to tobacco brands and banks, there is something for everyone at this global event.

By now we all know that ICC generates income through the tournaments that it organises and the World Cup is the primary source. The main chunk of this moolah is sponsorships and Television rights from global partners which is then distributed amongst the members of ICC. What the businesses gain out of these partnerships needs no mention, but what does need a mention are the remarkable business associations from India!

Indian associations in global cricket events are not a new one and rather they have always been major ones. From the total of 20 global sponsorships at ICC World Cup 2019, 30% (6) are from India. MRF Tyres, also the official sponsor of ICC Cricket rankings, Beer brand Bira 91, India’s premier whisky brand Royal Stag, digital fantasy sports platform Dream11, Bengaluru-based sports business company Gaames and Britannia Industries are the leading Indian brands with the commercial association for the ICC World Cup 2019.

Two other Indian brands, Kent RO and Amul are also making their presence felt in the UK as the respective sponsors of Sri Lanka and Afghanistan cricket teams
Beyond the brand associations, ICC’s Broadcast Partner, Star Sports, is an Indian entity. Star India owned Star Sports in 2014 had committed then an unprecedented amount for the global media rights of the all ICC events for an eight-year cycle between 2015 and 2023. The deal includes exclusive live and highlights rights across all platforms for ICC major events: ICC world Cup and its qualifiers, the ICC Women’s World Cup, the ICC World Twenty20 and its qualifiers, the ICC Champions Trophy and the ICC Under-19 Cricket World Cup.

It is the craze for cricket in India which leads to this phenomenal viewership and involvement. But, while we can choose to see beyond the boundaries into the biz behind cricket WC, what we all need to see for sure is India bringing back the World Cup!